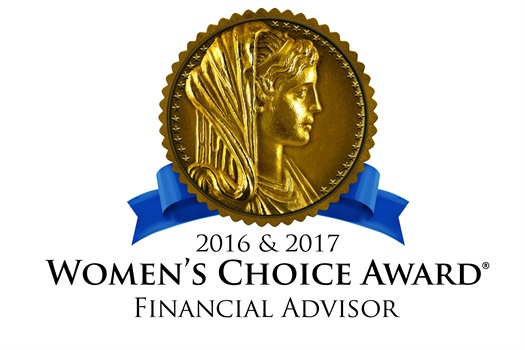 The Women’s Choice Award for financial advisors is a recognition award earned by advisors who are providing quality service to their clients.  Advisors are evaluated through a rigorous evaluation process including 17 point criteria.  This award is based on evaluating my clients’ customer service experience, knowledge, overall satisfaction and other criteria. 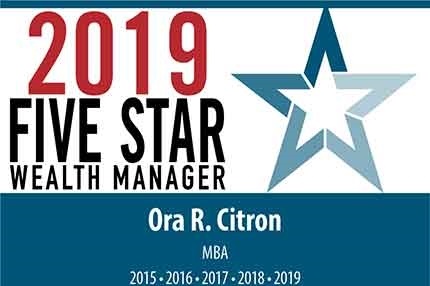 Five Star Professional and http://www.oracitron.com Ora Citron, Financial Consultants, are pleased to announce Ora Citron has been chosen as a Five Star Wealth Manager for 2019. This is their highest award for Wealth Managers and is based on ten criteria including credentials, education, regulatory and complaint history, number of client households served and other criteria.

*Award based on 10 objective criteria associated with providing quality services to clients such as credentials, experience, and assets under management among other factors. Wealth managers do not pay a fee to be considered or placed on the final list of 2015, 2016, 2017  2018 or 2019 Five Star Wealth Managers.